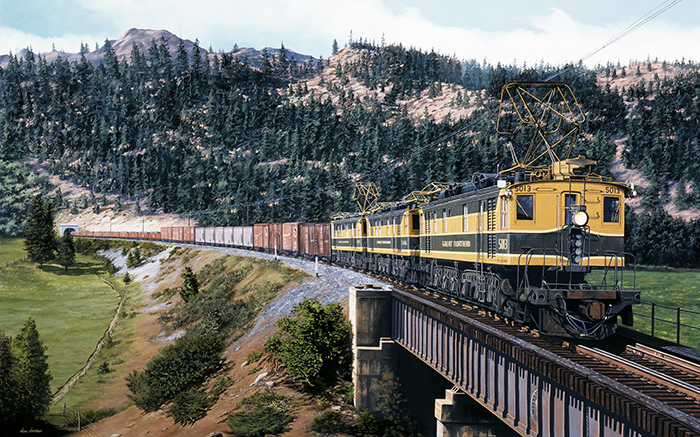 The pictured east bound Y-1’s: 5013, 5012 and 5010 were sited in May, 1953 just as they exited Chumstick Tunnel and were on Route 209 overpass just north of Chumstick , Washington .  The Y-1’s have in tow several GN box cars, hoppers, and flats loaded with lumber.  The electric motors operated in unison bringing the GN’s operation through the rugged terrain with the Empire Builders philosophy of maximum efficiency and economy.